Carruthers, The book of memory: a study of memory in medieval culture Cambridge, Kedar and R. Werblowsky, eds. Yates, The art of memory. This is particularly the case in relation to the spatiality of history and memory. Treating memory as a legitimate form of historical understanding has opened new avenues of research where subjective renderings of the past become embedded in the processes of interpretation and not as a counterpoint to objective facts.

Nation-building exercises, colonial expansion in the non-European world, regional, ethnic and class identity formation, all embrace an imaginative and material geography, made sacred in the spaces of remembrance and continuously remade, contested, revised and transmuted as fresh layers of meaning attend to the spaces. Geographers, historians, anthropologists and cultural theorists are increasingly paying attention to the processes involved in the constitution and routing of memory spaces, and especially to the symbolic resonances of such spaces to the formation, adaptation and contestation of popular belief systems.

In particular, studies have focused on the role of commemorative spaces and memory making in the articulation of national identity. The spatiality of memory is not only mirrored in the physical distribution of commemorative sites but also in the interpretative apparatus embedded in them. For instance, the commemorative statue to General Lee in Richmond, Virginia focuses on his role as an American hero who fought out of loyalty to his home state and obscures the larger political and racial politics which undergirded the war. Bodnar, Remaking America: public memory, commemoration and patriotism in the twentieth century Princeton, , 14— For a discussion of Civil War monuments see S.

Foster, Ghosts of the Confederacy: defeat, the lost cause, and the emergence of the new South Oxford, ; H. Gulley, 8 Ireland, the Great War and the Geography of Remembrance equestrian statue on Monument Avenue was part of a larger speculative real-estate venture where an expensive residential subdivision of property was laid out along the long avenue. The heated debate underpinning the choice of design and designer, combined with the siting of the memorial along the Mall — a thoroughfare of national remembrance — reveals the regional, ethnic, social and gender tensions that this act of memorialisation brought to the surface.

Savage, The politics of memory, The latest episode in the memorialising of Monument Avenue is found in J. For a full discussion of the controversy see R. Duncan and N. Barnes and J. Duncan, Writing worlds: discourse, text and metaphor in the representation of landscape London, , Allen, 18 , 1—; M.

It is often then in the realm of ideas, however contested and contradictory, that the meaning of memory spaces is embedded. What idea or set of ideas are stimulated by memories made material in the landscape? The emphasis on visual interpretations of the memory landscapes that undergirded medieval sacred geographies continues to animate discussions of landscape interpretation today.

Hegemonic and subaltern readings, in other words, may take precedence over hegemonic and subaltern productions. Atkinson and D. Hobsbawm and Ranger, The invention of tradition. See also R. Porter, ed. Duncan, The city as text: the politics of landscape interpretation in the Kandyan Kingdom Cambridge, For a full discussion of the text metaphor see T. Duncan, eds. Duncan and D. Ley, eds. 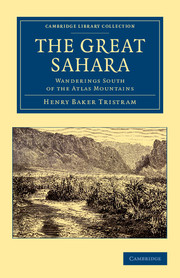 Mitchell, Cultural geography: a critical introduction Oxford, The focus on the metaphor of the text also tends to underestimate the aural dimension of texts where, in the past, reading was a spoken activity. Reading texts aloud where the sounds, rhythms and syntax of the words are collectively absorbed directs attention to the social nature of interpretation which embraces senses other than the purely visual.

Treating the landscape as a theatre or stage broadens the imaginative scope of interpretation by suggesting that life gets played out as social action and social practice as much as it does by the reading implied by the text metaphor. The stage acts more than as the context for the performance; it is the performance itself. The idea of life as drama played out through spectacle is particularly helpful when considering the memory of war. That romantic notions of memory seemed inadequate to deal with the losses of the First World War is evidenced by the fact that enormous collective and individual efforts were made to articulate that sense of loss through public performance.

From literary texts that had widespread circulation to the massive war cemeteries created in France and elsewhere, the very technology of modernity that facilitated such a massive loss of life also facilitated acts of mass commemoration. This book is precisely concerned with the variety of ways in which the First World War was represented — the silent and noisy spaces of remembrance which constituted the Irish context. Cosgrove, The Palladian landscape: geographical change and its cultural representations in sixteenth century Italy University Park, PA, , 1. Daniels and D.

It is precisely the capacity of the language of tradition to provide a sense of solace for grieving families and friends that provided it with its popular impetus in the creation and maintenance of sites of memory dedicated to the war. It is perhaps the coexistence of traditional and modernist modes of representation — the desire to simultaneously remember and to forget — that marks war as a particular arena of memory that is laced with contradictions and disputes.

That the public expression of grief was interspersed with the private and that the spaces normally used for public actions also became the spaces for very private mourning muddied the role of space in the articulation of private and public lives. Geographers and others who have examined the creation of landscapes of memory for soldiers have highlighted just how many debates surrounded such acts of representation and how contested the images and practices of remembrance have been.

The narrative of war commemoration in Ireland was consistently in dialogue with the narratives attendant on the national question. The war did not represent in Ireland an opportunity for the divergent voices of Irish nationalism and unionism to unite. Unlike the suffragist movement in Britain, for instance, which rallied behind the war for its duration, in Ireland the war ironically became 50 51 J. Winter, Sites of memory, sites of mourning: the Great War in European cultural history Cambridge, , 5.

Black and R. Butlin, eds. Geography, landscape and memory 13 part of the vehicle through which the disparate voices of identity politics found expression. Individual grief could not be separated from the larger canvas in which memory was mobilised.

The neat binaries of victor and vanquished, enemy and friend, Christian and heathen, public and private, individual and collective collapsed during the war and in the years following it. And this collapse found expression in the very spatiality of memory.

The divisions in the national imaginary, present before the war, were heightened and accentuated as the memory of the war was materialised in rituals, memorials and literary texts in the post-war period. And these divisions did not operate solely at the scale of the social group but they also encompassed a schizophrenic attitude of mind for the individual.

That there was a rebellion on Irish soil during the war, a war of independence in the years immediately after the armistice, partition of the island in , and a subsequent civil war in the Irish Free State, all testify to the complex local circumstances which underpinned efforts to create a landscape of remembrance. There were stages of reaction to the war, from the innocent optimism of new recruits volunteering in , followed by periods of pessimism and depression surrounding long phases of stalemate, to the post-war grieving of veterans and bereaved families.

In Ireland the war represented opportunity and postponement; quiet support and loud dissent; active participation and passive observation; victory and defeat. In what was to become the Irish Republic, the hyper-spectacle that animated the memory work of many other countries — the proliferation of monument, memorial and ceremony, the literature, the annual parade, the historiography — did not take hold to the same extent. It is precisely this ambiguity between remembrance and forgetting that is the subject of this book.

The following chapters each deal with a particular aspect of memory making and each attempts to identify how the idea and act of remembrance in an Irish context was articulated in complex ways. This is not to engage in an exercise of national exceptionalism. It is to make the case that a geography of remembrance 52 K. McBride, ed.

Ireland, the Great War and the Geography of Remembrance

I have selected a number of critical moments in the making of popular memory and in that sense this book does not represent a strict chronology of remembrance nor is it exhaustive. Instead it seeks to narrate the commemoration of the war through a selection of key episodes. As a contextual framework, however, Chapter 2 provides the backdrop for the war in Ireland. Situating the war in its political and cultural context, this chapter examines how an army was recruited on the island and how persuasive images were circulated to entice Irish men into the army in the shadow of the highly variable levels of loyalty to the union of Britain and Ireland.

Chapters 3, 4 and 5 each take a strategic episode of remembrance activity — the parade, the memorial, the literary text — and explicates the debates and acts of memory work that were performed in the years following the war. Each of these is placed in the context of the changing political geography of the island with particular focus on the narratives of commemoration in what would become the Irish Republic.

This book will mobilise some of the divergent approaches to spatialising memory in the north of Ireland pre- and postpartition as a counterpoint to the patterns which emerged in the south. Overall, commemorating one war in the wake of a rebellion, a guerrilla struggle and subsequent civil war, and in the shadow of a newly emerging state, all played upon the manner in which the First World War could be forgetfully remembered in Ireland.